From the Parade Ground to the Board Room! 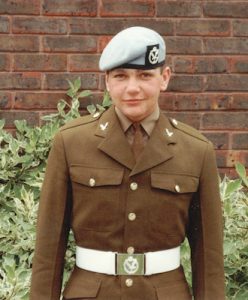 I always wanted to join the military as both my parents were in the forces. Not wanting to join direct from school I wanted to experience civilian life first and find the right time to do this. That time came around February 1990, I was 20. My personal life had taken an unexpected turn for the worse due to my parents divorcing and this felt the right time to move on. I decided to join the Army Air Corp for two reasons; one I liked helicopters and two, they had 3 regiments in Germany so my chances of a posting overseas would be good.

I started basic training in April 1990, which was good timing as this was the month that the poll tax came into force and I managed to avoid paying for that. I went to basic training at Sir John Moore Barracks in Winchester, which at the time was the home of the Light Infantry.  I was used to living away from home so adapted to that straight away and in military skills, I did well.

A formative point for me was about sticking at something; in a meeting in front of the recruits about drop outs, the Sergeant made a comment that he didn’t like people dropping out the Army and for them to say afterwards they were in the Army at some point.  He said that if you are going to say you served, at least do 3 years and not bullshit about it. As I had always wanted to say I had been in the Army, that motivated me to carry on regardless of how tough it would get.

After basic training had ended, we went onto trade training and the bullshit ended; we were treated more as young men than raw recruits. Trade training was followed by driver training took us to pretty much September of that year. By this time, we had our posting orders and I was pleased to get 4 Regt AAC in Detmold Germany. Shortly after arriving it was clear that we were earmarked for Op Granby and likely to go to Saudi Arabia. Within 6 weeks of arriving, I was on the advance party – straight from training to Gulf War 1 was a challenge but the Army prepared us so well I was confident in being able to handle it.

After returning to Germany the following year I continued to be a part of the regiment, and the camaraderie that you have can never be taken away. Regiment football, paragliding, skiing, gliding to name some of the things I enjoyed.  When my regiment was earmarked to return to the UK under drawdown I felt it was time to leave. I loved Germany so much I didn’t want to go. So, after almost 5 years in the military I hung up beret and boots. Adjusting to life after this was extremely tough as I found it had to fit in again with civilian life, you just didn’t feel like civvies understood what you had been through or were used too.

After 2-3 years of bumming around I ended up in the car trade in JHQ Rheindallen. A mutual friend whom I played golf with needed some help at the Showroom next to a BP garage on camp. The very first day I sold a car, I couldn’t believe it was that simple! I had the bug. I didn’t sell a car for another 30 days after that but felt that I knew this was for me. Being 28 at the time it was a fresh start but I could still be around the military which I loved.  I became the top salesman in the company over the next 3 years. This was against seasoned guys doing this for 10 years or more. I guess I had the desire and drive to succeed.

Having saved enough money and meeting someone new I decided to move back to the UK. I had been in Germany now for 10 years and loved most of it. I chose Lincoln as it was in between London where my mum lives and Scotland where my wife’s parents lived. 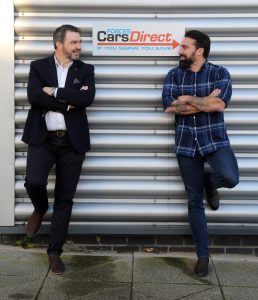 On leaving Germany, my old boss took me aside and asked what I was going to do. “Car sales” I said and within an hour he said he had always wanted to set up an operation on the internet. I had always wanted to run my own business but never thought I would get the chance. I had been ripped off when I bought a car from Germany at 34% APR back in the 90’s and thought now I have the chance to give back and offer a better service. I had the passion and drive but no expertise starting a company from scratch. However, we put a plan together that made perfect sense. My old boss was the major funder for the company and he asked me what I had to lose, if it doesn’t work and pointed out I could go back to my plan of working for someone else.

My uncle always said to me opportunities don’t come along that often and when they do you need to seize that chance and not talk yourself out of it. Don’t be one of those guys that says, “I could have done that”, or “you’re lucky, I never had a chance”. We all have the chances just have some guts to go for it.
2001 was when that chance came to me and I haven’t looked back since. Sure, there have been tough times like all things, and I had to learn very quickly about invoicing, rates, utilities, marketing, print and design, employing more staff and so on.  But I got there in the end.  The Army taught me to never give up and to be part of a team. There would be a time where I would need help, and I knew it would be hard to let some of the responsibilities go to someone else who might not do it t
he same way as myself, but to grow you need to pass on some of the responsibilities. I remember I needed only to sell a few cars to break even and thought I never need any help.

I employed my first member of staff in 2003 and she has been with me ever since. We now have 18

employees, are the largest company supplying to the military giving just under £50,000,000 in savings and supplied thousands of cars. I walk in the office and see all 18 staff members on the phone and think to myself “well I couldn’t talk to all of them at once” and am instantly glad that we pushed for expansion. In the end if you have good values and a good idea go for it. Give it your best shot and no matter what objections or hurdles you come across overcome them one at a time and carry on.

Running a business is not easy, it’s not supposed to be otherwise everyone would do it, take your opportunity and never give up. The satisfaction that you get is unequalled. 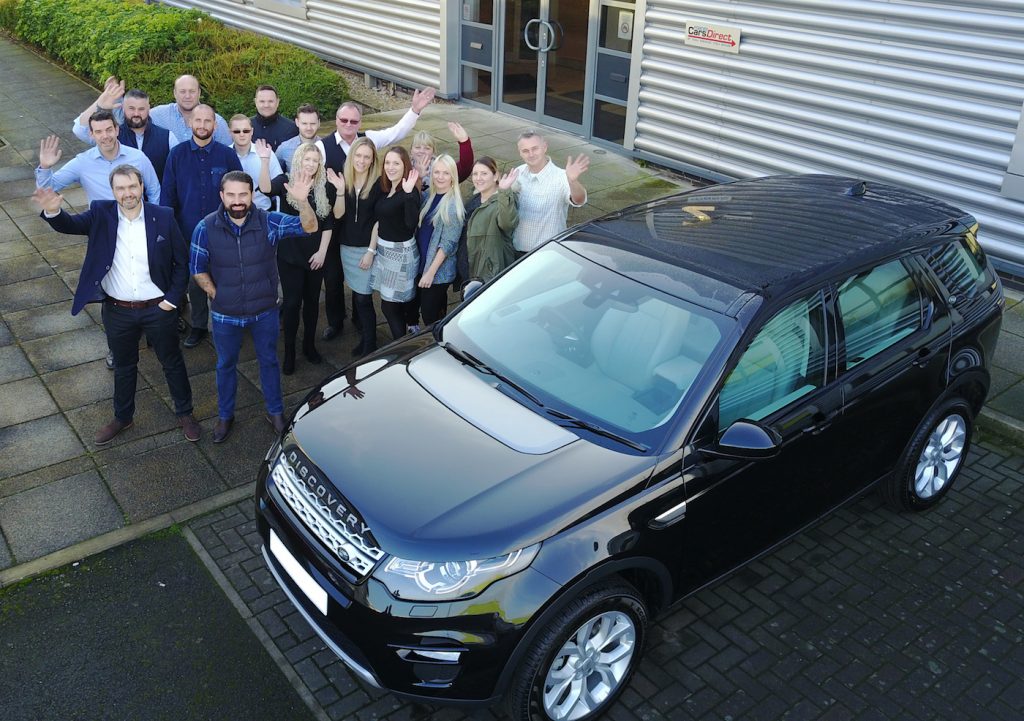